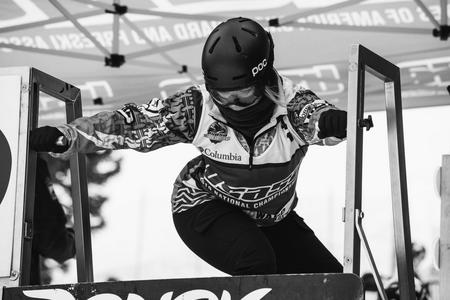 The NorAm Tour is hosted all over North America and is treated as a direct line to the World Cup Tour. Teams travel all over the US and Canada to participate as the athletes fight for the NorAm Title and World Cups spots. The NorAm Title is based off the FIS points system which is accumulated by results from each race based on who and how many athletes race. At the end of each season, the NorAm Title is announced.

Taking this season "off" as I get surgery done to both feet and rehab. I do plan on racing a few NorAms towards the end of the season to maintain points.

My 2017 season started out fabulous with my 1st Nor-Am win and my first World Cup start. It ended much too soon with a near season ending crash that left me working a rehabilitation and PT program the rest of the season and most of the summer.

Here are some race highlights from 2017: